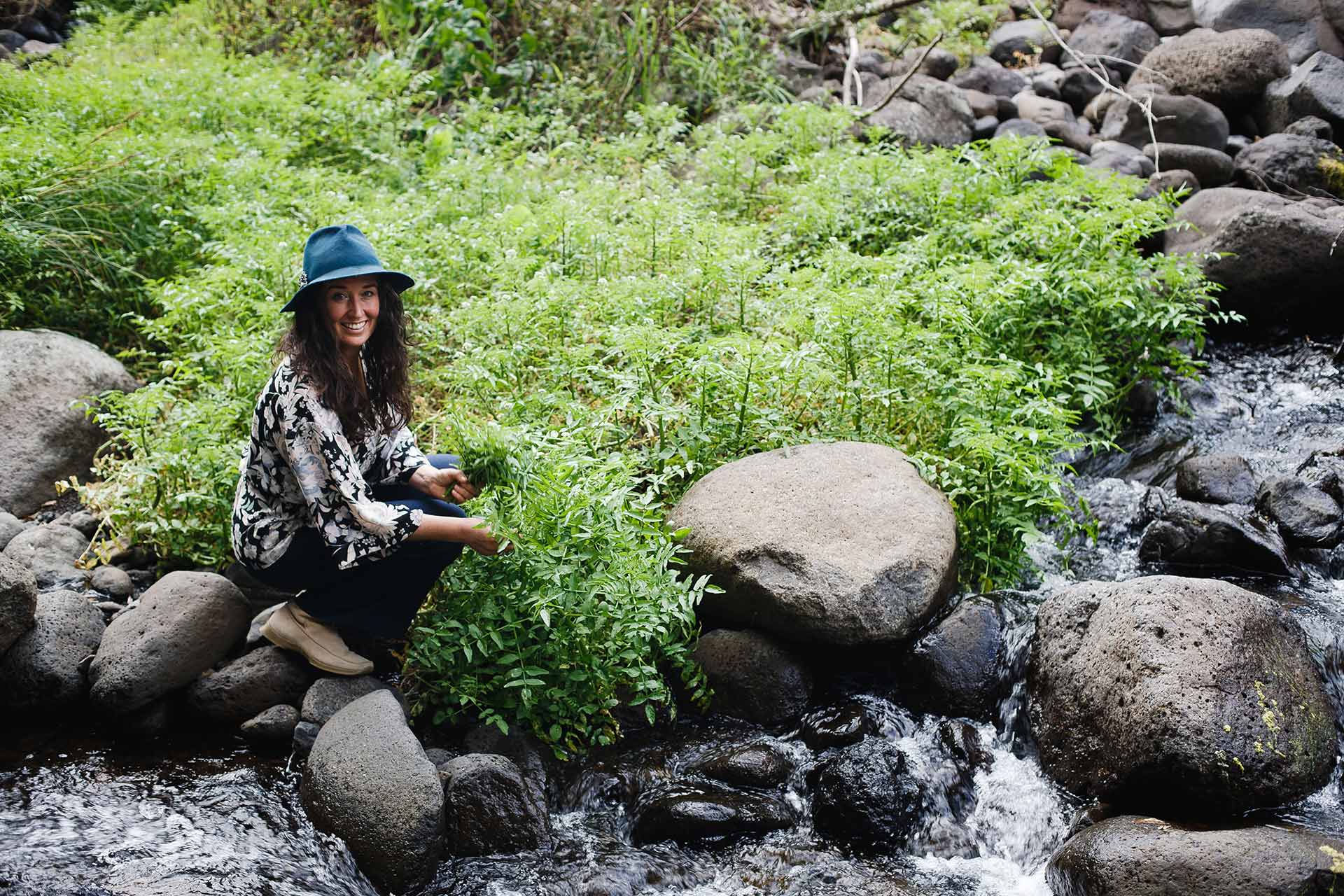 Jaide has been an active part of the N team since S 2015 bringing to the site a bundle of talents. She has a real passion for health, wellbeing and the environment with a strong desire to live sustainably and simply. Being a local girl and growing up in the C Creek valley the family farm is only 25 minutes from Nightfall.

Jaide’s earlier years were spent in Brisbane studying and working as a floral artist for 10 years before opening her own floral studio and Australian gourmet food in Beaudesert in the year 1999. With 6 years of she decided to sell, have a break and study Yoga C. Whilst studying she worked at Wild Mountains which is an earth education center within the scenic rim, she has been an active volunteer of The Wild Mountains team since she was a teenager. In she began working for them in their vegetarian kitchen catering for children, overseas university students and adult groups, including yoga camps. Here her love for catering and food really began. After her Yoga Chi Gung training locally in the scenic rim for 3 years while also working on local finger lime farms.

In the year she moved to New South Wales, Byron Bay Hinterland to study organic farming for 2 and a half years. Whilst in Byron Shire she worked on an organic macadamia farm and helped to set up an organic grocery store in Byron Bay. This gave Jaide exposure to authentic organic growers and suppliers. When Jaide completed her studies she decided to move home and make the most of the deep black soils of the family property on Christmas Creek. The crop of this time in 2015 was especially if grown organic so Jaide decided with a fellow student to grow a test quarter acre of . During this time she also began working at Nightfall where the dream life began.